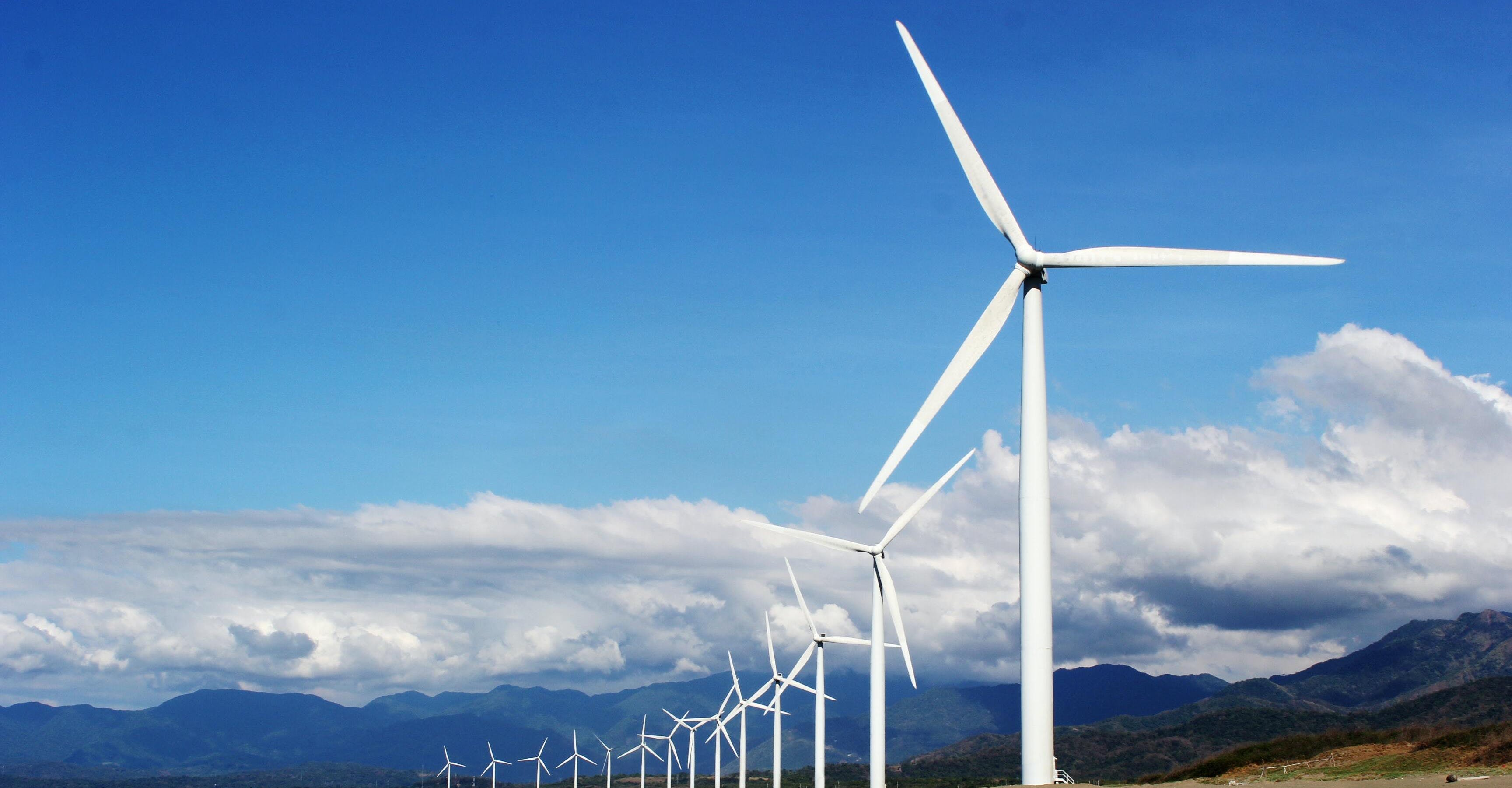 The race to capture carbon

Climate Change is boosting Investment and Employment in Carbon Capture and Sequestration.

We are at 416 parts per million CO2. That's 0.4% up from last year despite reduced economic output from the recent pandemic. The last time we reached these levels on Earth, humans didn't exist: 2.6 to 5.3 million years ago sea levels were 10 to 20 meters higher and global temperatures were three degrees Celsius warmer.

Over the 300,000 years that humans have enjoyed this planet, average CO2 levels have stood at about 280ppm. It's only in the last 200 years that humans have started to invent machines that pump out greenhouse gas emissions. These emissions have directly caused global temperatures to rise. This new reality is seen in the global temperature chart showing monthly average temperatures over the past 170 years (by climate scientist Neil R. Kaye). 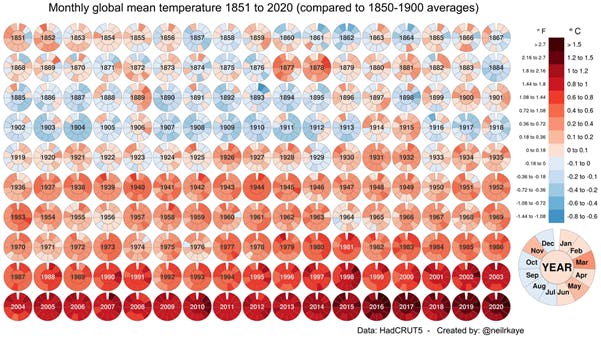 CO2 emissions are still rising and will continue to increase - further contributing to temperature change. Continued escalating temperatures will lead to severe weather and rising sea levels that will be irreversible for hundreds of years (see research at www.ipcc.ch). Despite further investment in renewable energy, fossil fuel usage is still increasing, and it's expected that fossil fuels will remain the dominant form of energy by the end of this century. We've already past a safe level of CO2 in our atmosphere. If humanity wishes to see the next century, there is an urgent need to reduce the CO2 in our atmosphere.

Almost every model of climate change strategy involves sequestering gigatons of CO2 from the atmosphere. It is estimated that even if we manage to reduce emissions, we still require to remove 100-200 Gigatons of CO2 in the next 30 years.

Many firms have done little to address the growing risks of climate change, but this is likely to change as higher penalties are likely. The Bank of England recently warned businesses to start bracing themselves for substantial price increases of carbon as the world looks to eliminate greenhouse gas pollution. Last year, BP Plc revised its risk models to assume prices would reach $100 per ton of carbon emission by 2030, up from the current $40 per ton (EU charge*). The search for new carbon capture technologies to offset emissions is creating a new industry that will drive a climate-economy jobs growth.

Rise of the engineer

A number of engineering approaches to CCS are gaining investment as global leaders look to achieve net-zero emissions. In January, Elon Musk announced a $100m prize for the best technology for capturing carbon. Firms such as Carbon Engineering are working on building direct air capture (DAC) facilities (i.e. not co-located to sites of emission) to capture 1M tons of carbon a year, equivalent to 40 million trees. DAC systems currently cost approximately $100 per ton of CO2.

It is estimated that more that 2000 CCS operating facilities will be needed by 2040. Today there are only 21. There are currently 16 projects in advanced stages of planning - mainly in the US and Europe - totalling $26B of investment. This investment will advance technology innovation and generate jobs across construction, engineering, technology and R&D. Several hundred people are employed in the construction of a typical CCS project and many involved in its operations.

Continued investment and research in these emerging technologies will further reduce costs per ton of carbon. At $65/t of CO2, the cost to directly capture carbon emissions from the Petra Nova coal-fired power plant in Houston, operating since 2017, is 30% lower than the Boundary Dam facility in Canada, operating since 2014 (see https://www.iea.org). Carbon capture becomes a rather lucrative business as the price of carbon increases.

The reuse of sequestered CO2 will also boost demand and offset production costs. For example, Japan's METI 2019 outlines their CO2 recycling plan to convert CO2 into a number of by-products including fuel.

Trees are one of the most important natural sequesters of CO2. There are approximately 3 trillion trees on the planet and it is estimated that we lose over 15 billion trees per year to deforestation - globally we have halved the number of trees since the beginning of human civilisation. Projects such as the TrillionTree Campaign have planted over 14 billion trees over the last 15 years, however, it seems impossible to keep up with the current rate of destruction. It is likely that governments will continue to invest, and drive jobs growth, in reforestation programs to reduce this gap. And we'll likely see more tree loggers pivot to foresters. Unfortunately, there is not enough land to plant the trees needed to capture the current carbon emissions in the atmosphere.

Kelp (seaweed) are considered the trees of the ocean. Kelp draws CO2 from the water, in the same way trees take up CO2 from air. Increasing atmospheric carbon is causing acidification of the ocean, which has serious consequences for marine life. Kelp draws in so much CO2 that it de-acidifies the local water and replenishes marine habitats.

Producing large volumes of seaweed for human food, animal feed and biofuels is not only good for the environment but also good for the livelihoods of millions of workers. Farming 500 million tons of seaweed would absorb 135 million tons of carbon. It will also directly produce 50 million jobs in kelp farming across the coasts of developing countries and 100 million more in secondary employment. Producing large volumes of kelp for food and biofuels could transform local economies in developing countries, while replenishing marine life and helping the climate. Seaweed production has been increasing 9% per annum. Governments could incentivise further growth through subsidies and direct inclusion into carbon-offsets.

The growing impact that industry has on the planet will drive us to invent new technologies to mitigate further climate change from greenhouse gas emissions. To hold global average temperatures to 1.5 degrees Celsius above the pre-industrial baseline will require a massive human effort over the next decade. These endeavours will create a new climate-economy and many job prospects.

Workforce planning is a subset of human resources, and it's all about making sure your company has...
Read More

Workforce planning is an emerging and highly sought after skill in the HR sector. Workforce...
Read More